How to ROOT any Android Phone Without PC 2020 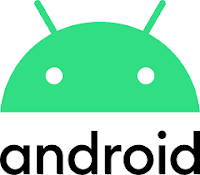 Rooting is a method used to get into the code base of the Android devices so every operating system has a core that's written by the Android engineers and routing is a process to get into that code so you can make further changes or install apps that are prohibited on the App Store or the network has not allowed you to download that app, So routing helps you do all of that well if you route your device there are few things you need to keep in mind firstly the warranty of your device if your device is under warranty or in the first year it voids you won't have warranty there after routing devices there's a three percent chance that your phone might break completely basically sometimes when routing does not go through the correct way your phone gets spritz which means that your as well carrying a brick in your pocket because it's the phone becomes of no use but it's a three percent chance but very small percentage chance that this is gonna happen so I highly do not recommend rooting well every Android device has a specific way to root your device and there's a link from : xda-developers

1] Head over to King root.net and download the apk for Android devices

Continue reading...
Computer Programming How To

How to Install gcc Compiler in Windows Computer

Mingw is a free open source software development environment to create Microsoft Windows applications. This mingw comes with the GNU toolchain you know it contains the GCC compiler, which support the languages like 'c' 'c++' 'ada' 'fortran' and 'objective C' etc etc.

Compiler is just Converting one thing to another to do Some useful Work. For understanding Purpose ,Converting Source file (.c) to (.obj) Machine Code file, this Process Done By compiler

So to install this mingw in your Windows machine


1]  First you need to open up any of the browser.type in mingw.org and then hit the enter button and it will open up this mingw website. 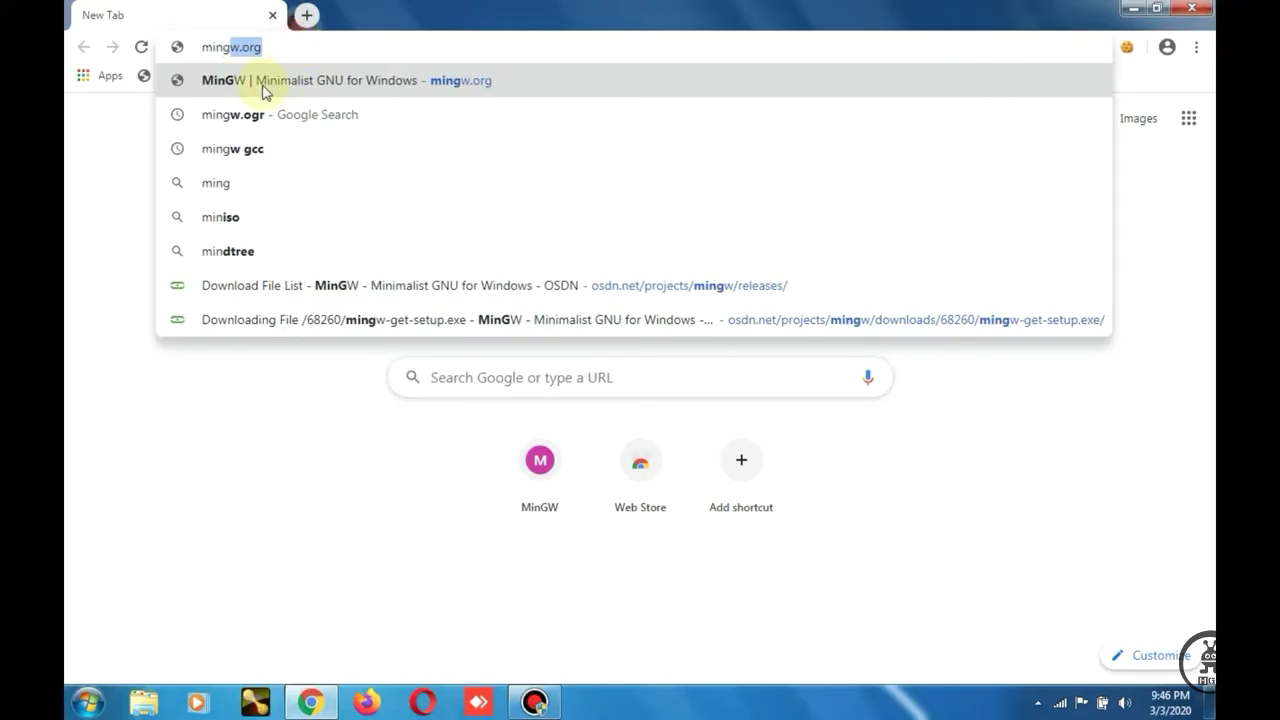 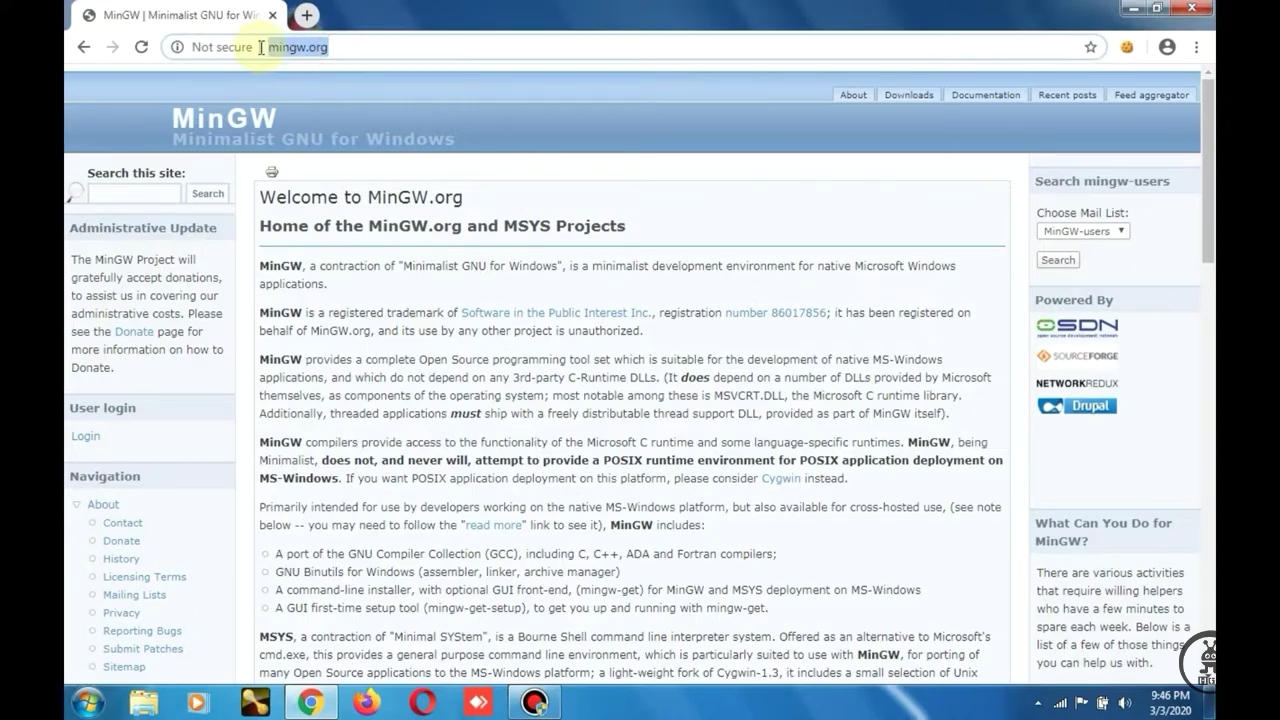 so here you guys can see mingw stands for minimalist GNU for Windows and it is a minimalist development environment for native Microsoft Windows applications and it comes with GNU tool chain, which comes to the GCC, you know the GNU compiler collection which supports languages like 'C' 'C plus plus' 'ada' 'fortran' and etc etc.

2] So to install this, you need to click on this download installer and then it will take you to another page and you know the download will start from sourceforge. 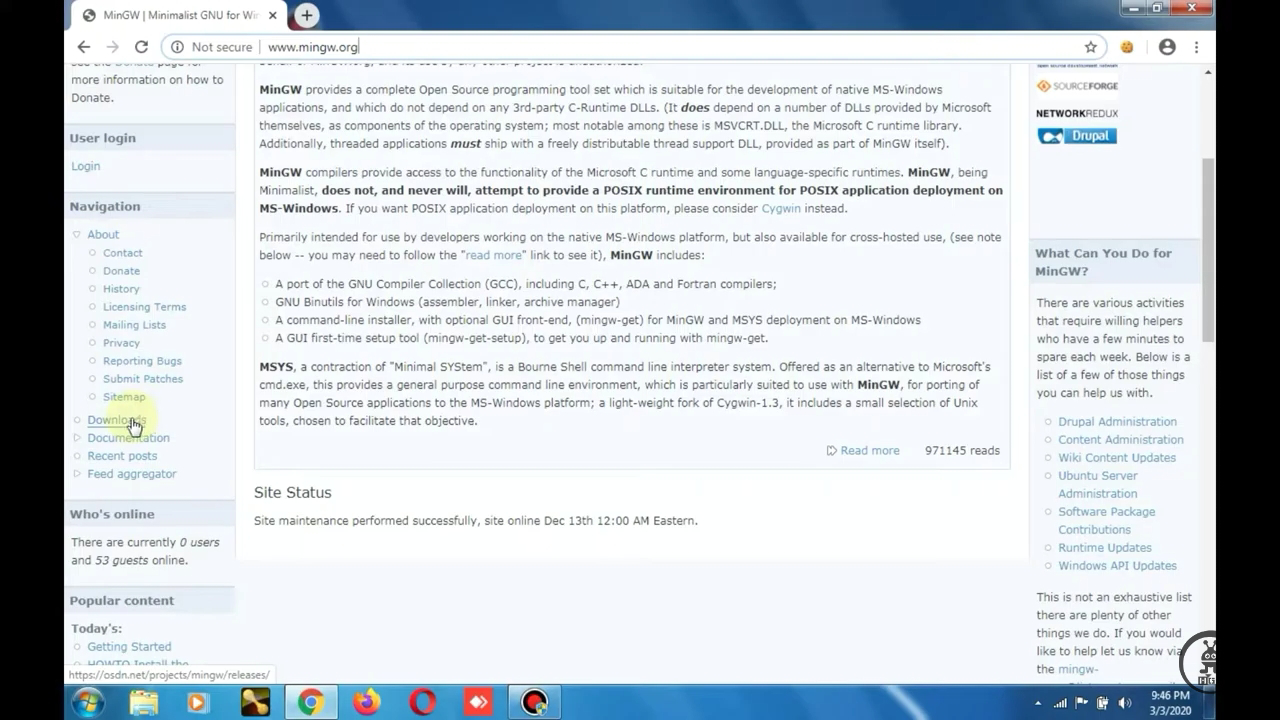 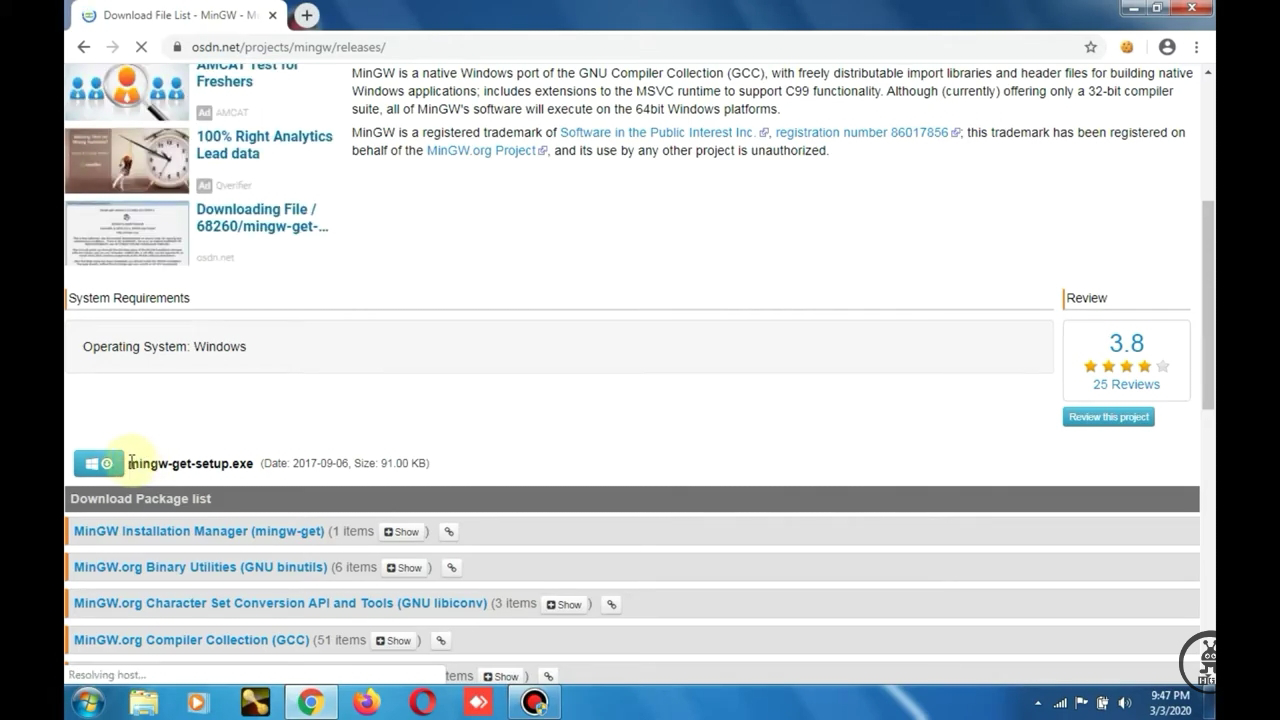 3] Now what we are downloading, it is just a setup file. it is not the installer.

4] So you need to run this setup file in your computer and then the installer will be downloaded and then this mingw will be installed in your machine.

5] so the download has been finished and now I'm gonna close this window.

6] now the mingw setup that we have downloaded, is stored in your default download location and mine is the downloads folder.

7] so I just need to double click here on this one and you know it says it is not verified. do you want to run this. 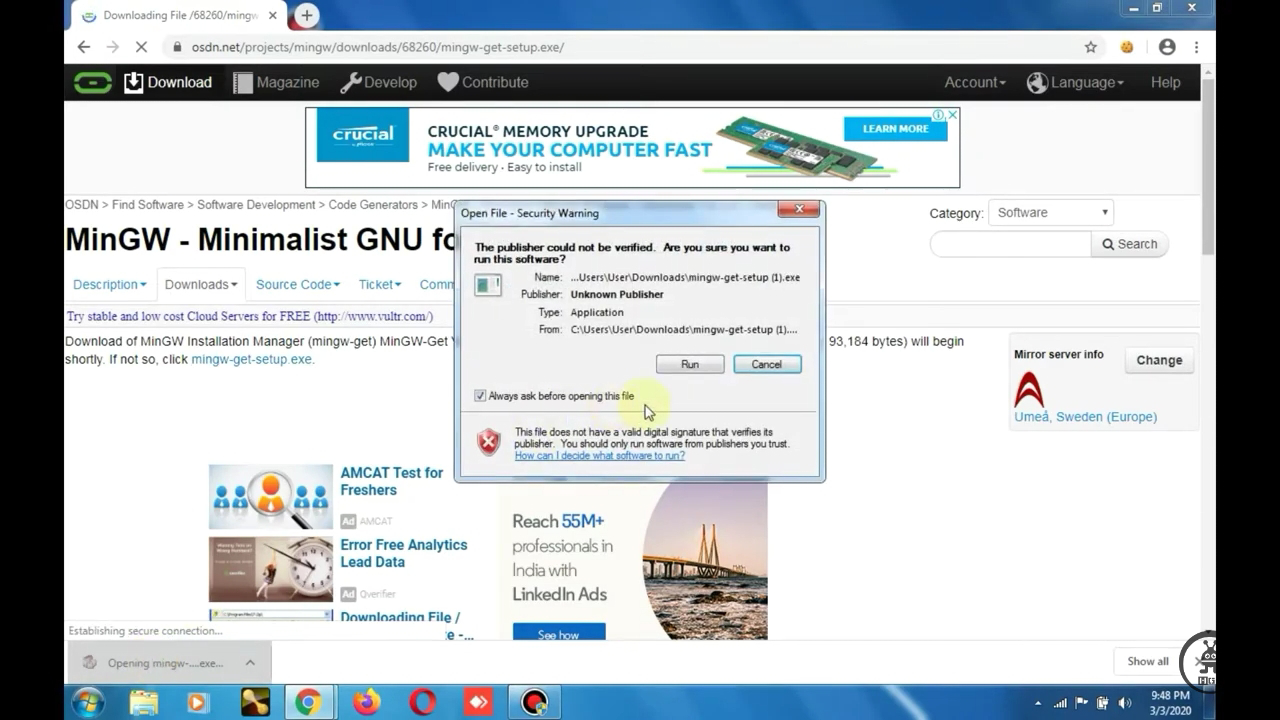 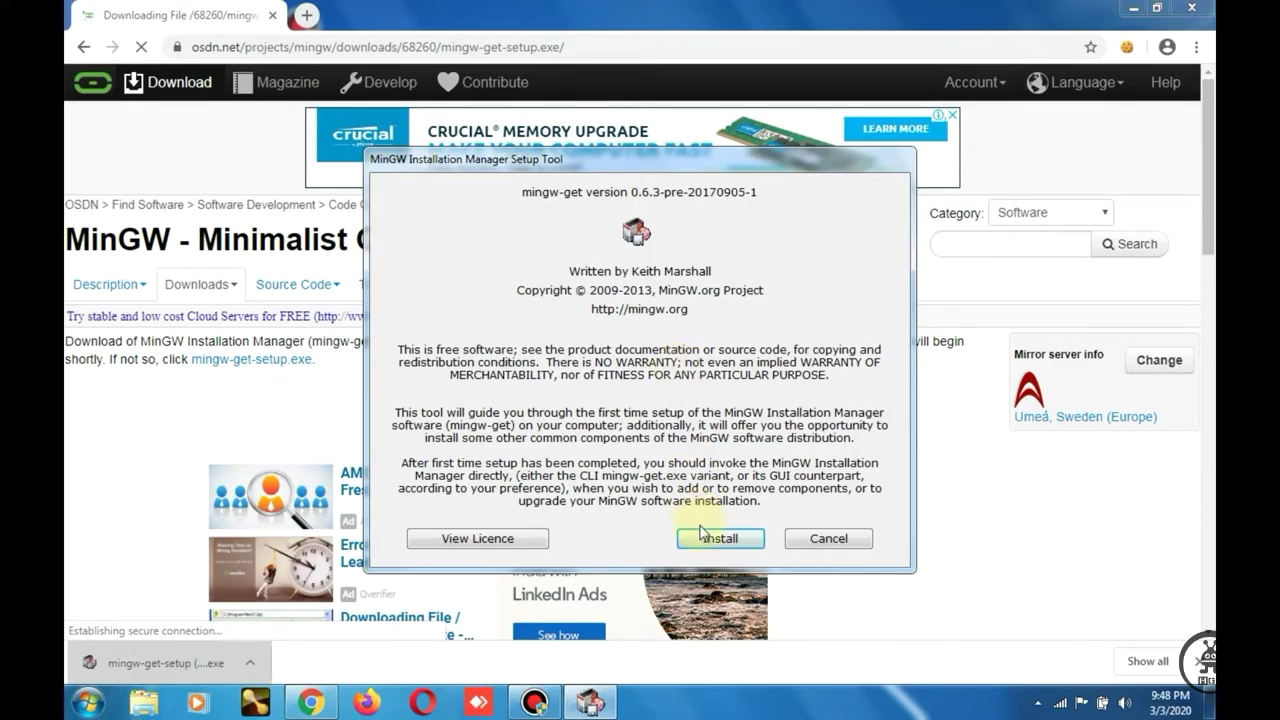 8] Yes we do want to run this.click on that run and then I here you guys can see some information about the mingw. and if you want you can view the license and then once you are done with all those things 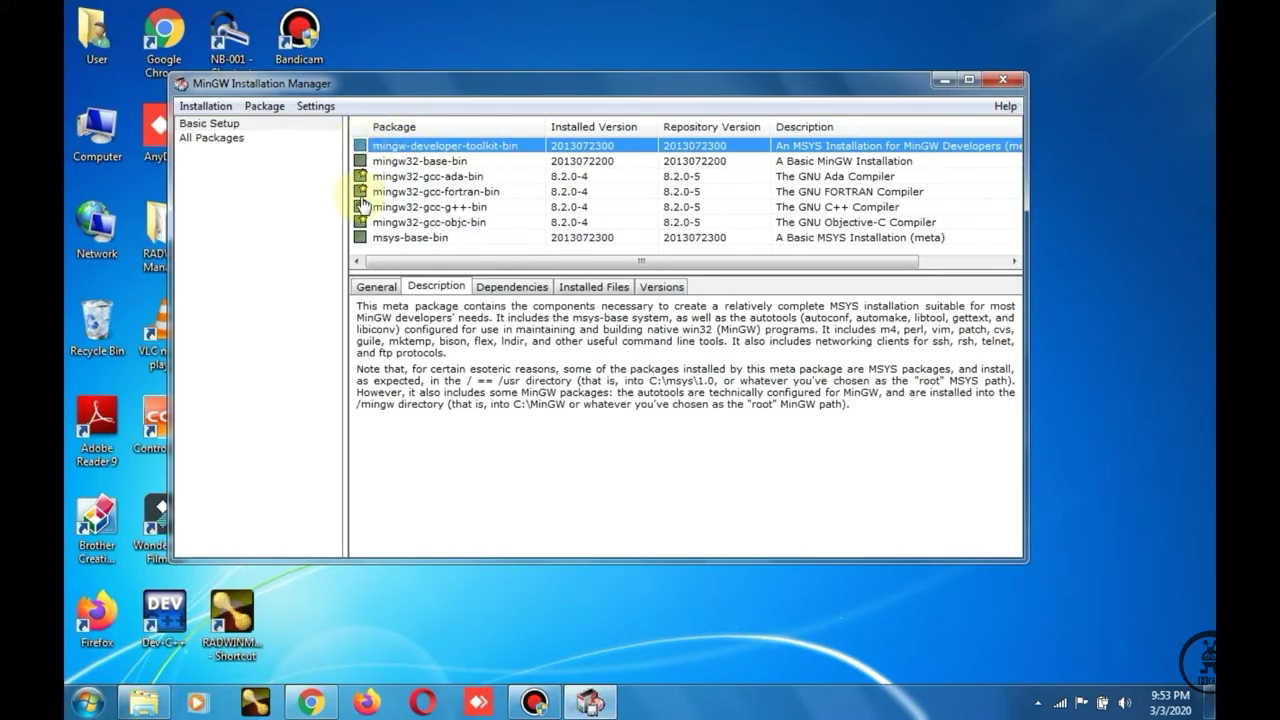 9] you can click on install and let it install in the default directory which is C:\MinGW and then click this continue. 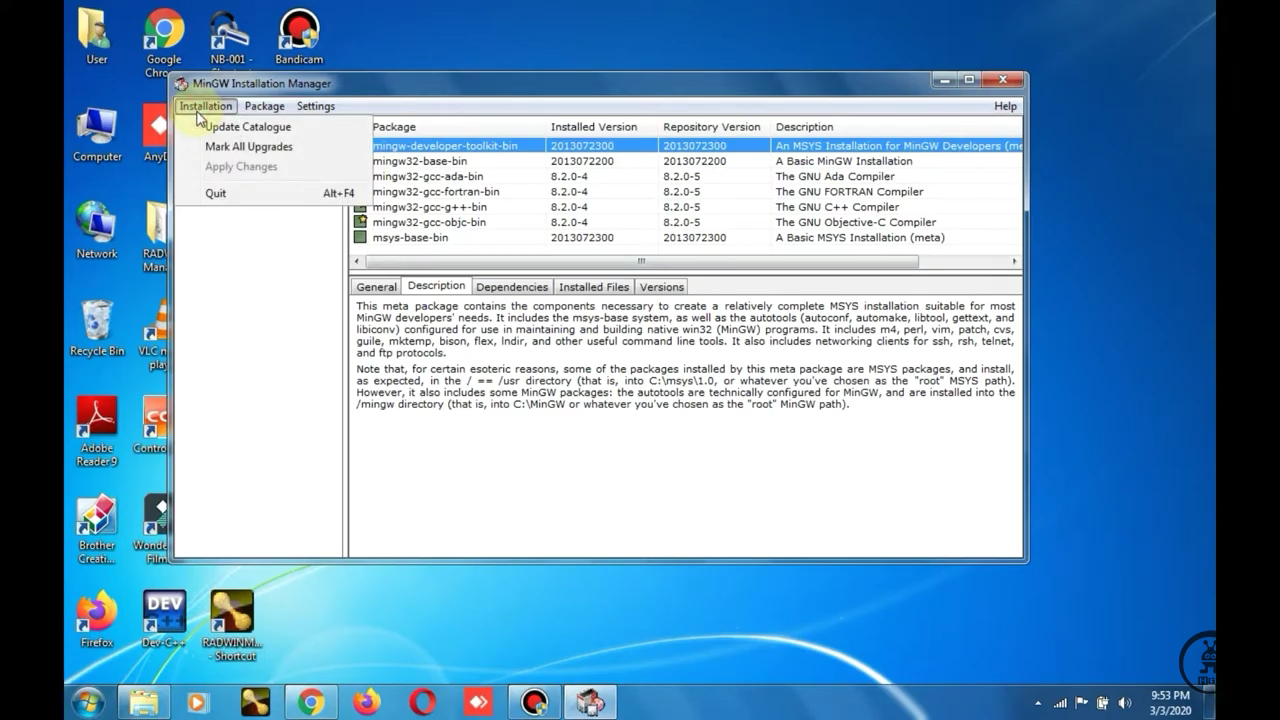 13] Code blocks and at that time you don't need the internet connection in your computer to install.